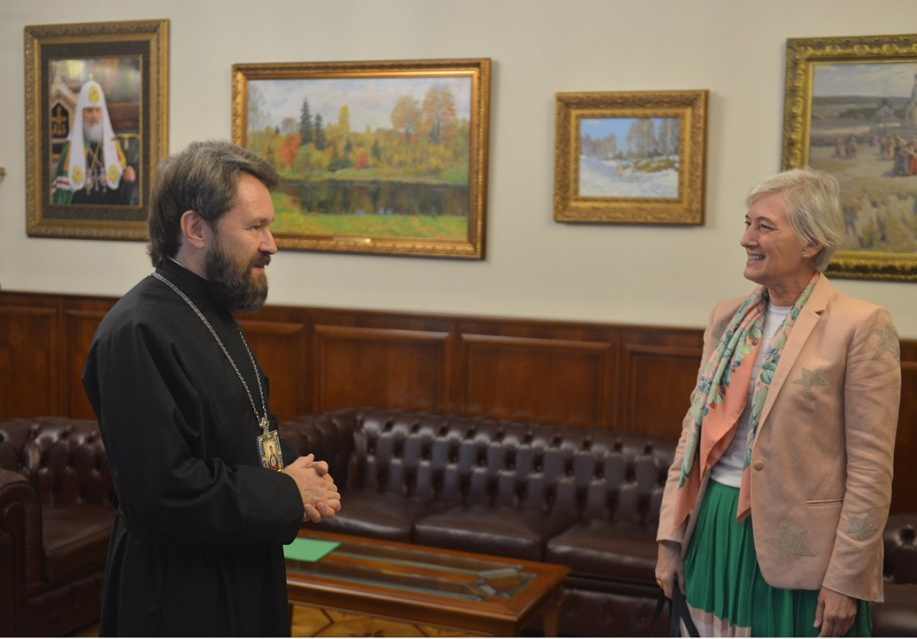 On 13th October 2020, Metropolitan Hilarion of Volokolamsk, chairman of the Moscow Patriarchate’s Department for External Church Relations, met with H.E. Ms Ekaterini Nassika, Ambassador Extraordinary and Plenipotentiary of the Hellenic Republic to the Russian Federation. Taking part in the meeting were also Archpriest Sergy Zvonarev, DECR secretary for far abroad countries, and Mr. Dimitris Yalamas, Counselor for Cultural Affairs of the Greek Embassy in Moscow.

Metropolitan Hilarion greeted the high-ranking diplomat and expressed his joy over the opportunity to welcome her to the Department for External Church Relations.

The participants in the meeting discussed the situation caused by the spread of the COVID-19 infection and expressed their hope that its aftereffects will be overcome. Metropolitan Hilarion informed the Greek diplomat of the anti-epidemic measures taken in churches of the Russian Orthodox Church in response of this harmful pestilence.

The DECR chairman and Ms Nassika noted that the peoples of Russia and Greece have special historical ties based on common faith and spiritual culture.

The hierarch also told about the situation of the Ukrainian Orthodox Church and the ordeals that it had to face because of the interference of certain Ukrainian politicians in church affairs.

The participants in the meeting agreed to maintain working contact and exchanged memorable gifts. 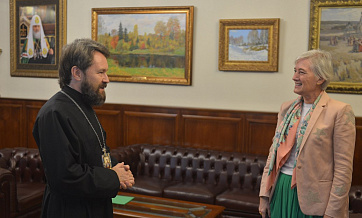 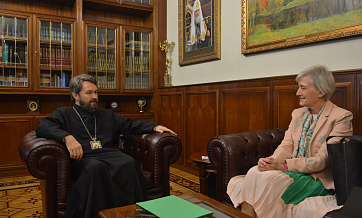 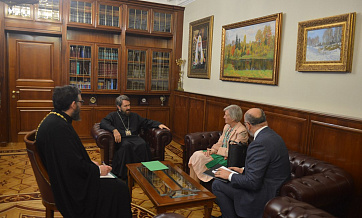