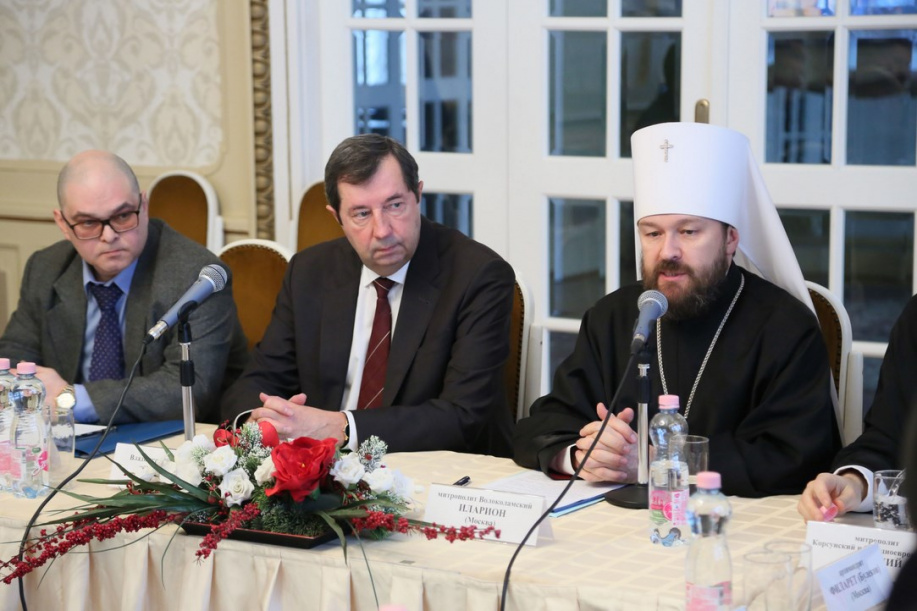 On 27 November 2019, a round-table conference took place on Russian Orthodox Church and Compatriots: An Experience of Cooperation in Middle Eastern and African Countries, at the Russian Cultural Center in Budapest. With the blessing of His Holiness Patriarch Kirill of Moscow and All Russia, its work was presided over by the Chairman of the Department for External Church Relations (DECR) of the Moscow Patriarchate, Metropolitan Hilarion of Volokolamsk.

It was attended by a Moscow church delegation including Metropolitan Anthony of Chersonesus and Western Europe, head of the Moscow Patriarchate office for institutions abroad; Archimandrite Philaret (Bulekov), DECR vice-chairman; Archpriest Sergiy Zvonarev, DECR secretary for the far abroad; Hieromonk Kirill (Peregudin) and Rev. Andrey Titushkin, staff members of the DECR secretariat for the far abroad; Deacon Sergiy Kalashnikov, leading specialist of the Moscow Patriarchate office for the institutions abroad; and Rev. V. Li, sub-deacon to the DECR chairman.

Addressing the congregation, the DECR chairman said in particular:

“I cordially greet you all at the cathedral of the God-saved city of Budapest wh ere we have gathered together to pray before the beginning of our meeting devoted to the work of the Russian Orthodox Church clergy who serve in the Middle East. Usually, we hold such round tables annually in a region in which our clergy serve. But in our search for a venue for this round table, we took into account the difficult situation in the Middle East region, which also affects the possibility of moving between its particular countries, we came to the conclusion that it would be better to hold our meeting in Europe. And then I proposed that it should take place in Budapest. First, because Hungary has given considerable attention to the Middle East and the leaders of this country have exerted special efforts to give aid to Christian Churches in the Middle East. Quite recently, the President of Russia Vladimir Putin visited Budapest, and during that visit he met with heads of Christian Churches in the Middle East. It was organized by Hungary’s Prime Minister Viktor Orban, who also attended it. Besides, Hungary is a country in which our own diocese is present, in which our faithful live, in which this remarkable cathedral is located in its very center and is being restored with the support of Hungary’s leaders. For me, it is a special joy since the Lord ordained so that I should have headed the diocese of Hungary for six years. And I am glad that this beautiful cathedral is being restored now from outside and soon the restoration of its interior will begin as well”.

At the opening of the meeting, which took place at the Russian Center of Culture and Science in Budapest, the participants were addressed by the head of the Russian diplomatic mission in Hungary. V. N. Sergeyev.

In his remarks, Metropolitan Hilarion spoke in detail about the present situation in inter-Orthodox relations. He also dealt with problems of human rights violations and persecutions against Christians in the Middle East and Africa.

There was a fruitful exchange of opinions on such topics as inter-Orthodox relations and cooperation with Christian confessions and state authorities in foreign countries.

After the event, Russian ambassador in Hungary V. Sergeyev gave a reception. 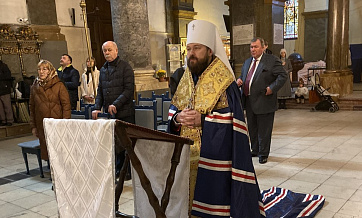 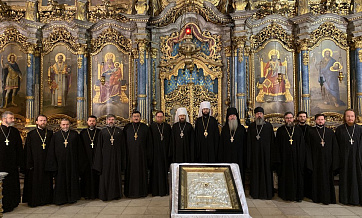 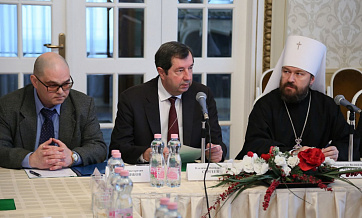 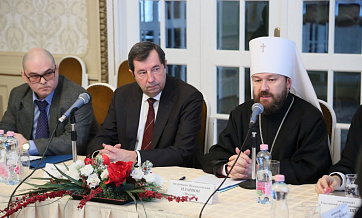 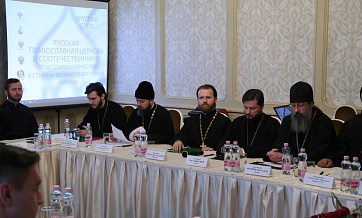 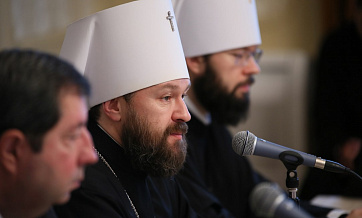 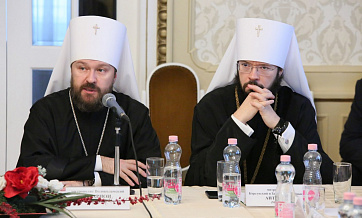 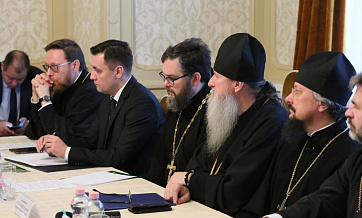 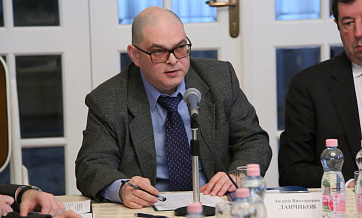 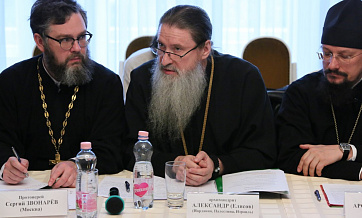 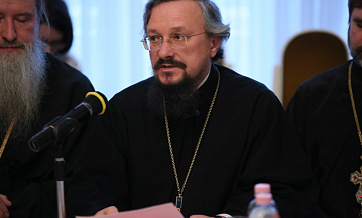 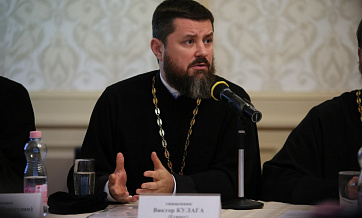 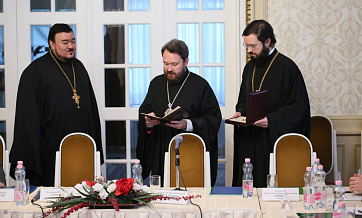 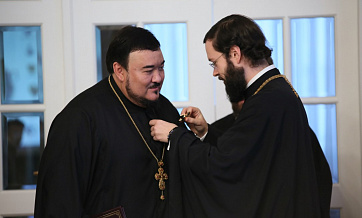 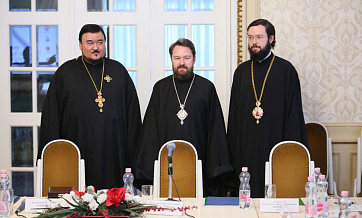 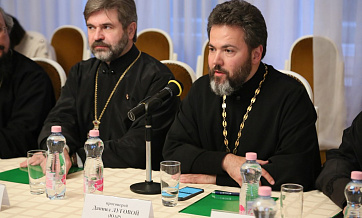 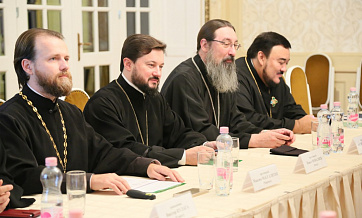