Metropolitan Hilarion: We hope that heads of Orthodox Churches will meet

Metropolitan Hilarion: We hope that heads of Orthodox Churches will meet 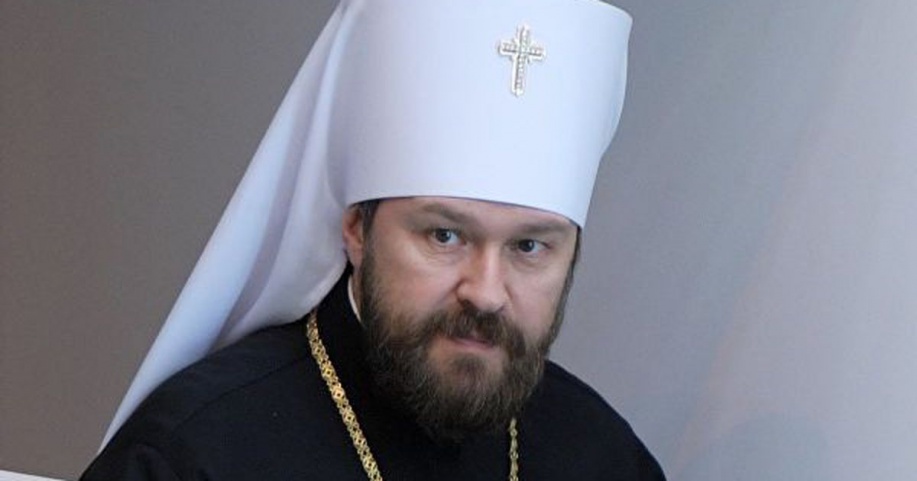 Metropolitan Hilarion of Volokolamsk, head of the Department for External Church Relations of the Moscow Patriarchate, will make a visit this week to Israel where the tragedy of the Holocaust will be commemorated on January 23 on the highest international level. Obviously, the church diplomacy has a great deal of important tasks to do in the Middle East. The hierarch speaks in an interview to RIA Novosti about the aims of the visit to Jerusalem, prospects for holding a meeting between Primates of Orthodox Churches in the world in the capital city of neighboring Jordan and on the stand taken by representatives of the Greek episcopate in the situation of crisis in the world Orthodoxy.

– Your Eminence, with what aims and plans are you going to Israel?

– The primary aim of my visit is participation in commemorative events for the victims of the Holocaust. These events will be attended by delegations of many states. The Russian delegation is headed by President Vladimir Putin.

I also plan to pay a visit to His Beatitude Theophilos, Patriarch of Jerusalem.

– Is it connected with Patriarch Theophilos’s initiative to hold in Amman a meeting of heads of the Orthodox Churches of the world? How do you assess it – can it bring interchurch relations out of the crisis provoked by the Patriarch of Constantinople’s recognition of the Ukrainian schismatics?

– During his visit to Moscow last November, His Beatitude Patriarch Theophilos III of Jerusalem made a proposal to hold in the end of February a fraternal meeting of Primates of Local Orthodox Churches to discuss ‘the preservation of our unity in the Eucharistic communion’. The Holy Synod of the Russian Orthodox Church gave a positive assessment of this initiative aimed to overcome divisions and to restore unity in the Orthodox Church.

We are ready to support any proposal for and any format of a common discussion on the way of coming out of the crisis because each meeting on the high level gives a chance to make at least some steps in this direction.

– But how realistic is the prospect of such a meeting in the light of the present crisis in relations between some Churches?

– To our knowledge, the Patriarch of Jerusalem’s proposal has been positively assessed by a number of Local Churches.

We hope that this meeting will take place even if not all the Primates take part in it.

– Recently, the head of the Church of Greece, Archbishop Ieronymos of Athens made a liturgical mention of the leader of the Ukrainian Schismatics, Epifaniy Dumenko, during his visit to the diocese of Metropolitan Seraphim of Piraeus, a well-known opponent of the legalization of the schismatics by Constantinople. Metropolitan Seraphim concelebrated with him. Has he changed his attitude?

– In the Orthodox world, Metropolitan Seraphim is known for his erudition, profound views and consistent positions. In connection with the recent actions of Constantinople in Ukraine, Metropolitan Seraphim has made several public statements expressing their rejection. His signature stands under the joint letter of four hierarchs of the Church of Greece issued on 29 November 2019 and addressed to Primates of Local Orthodox Churches.

– How far is this letter important and in what statements?

– This letter contains a call to convene a Pan-Orthodox Council on the issue of the Ukrainian schism, which would answer the question “To whom and how was autocephaly given in Ukraine considering the full disregard for the canonical Ukrainian Orthodox Church and that with ‘the restoration of schismatics in their present dignity’”.