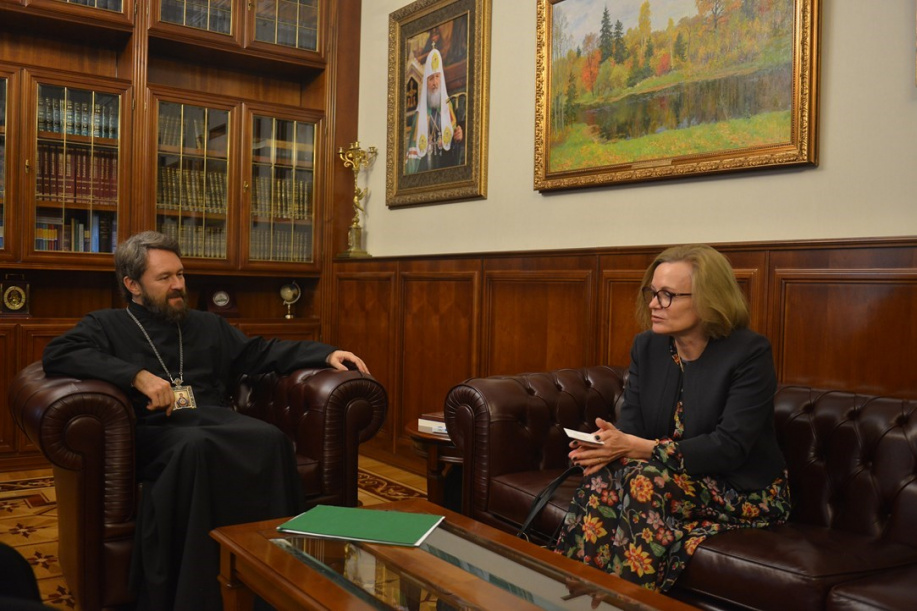 On October 13, 2020, a working meeting took place between Metropolitan Hilarion of Volokolamsk, chairman of the Moscow Patriarchate Department for External Church Relations (DECR), and Ambassador Extraordinary and Plenipotentiary of the United Kingdom of Great Britain and Northern Ireland to the Russian Federation Ms. Deborah Jane Bronnert, at the DECR.

They were joined in their talk by Archpriest Sergiy Zvonarev, DECR secretary for the far-abroad countries, and Mr. Andrew Bell, second secretary of the British embassy.

In the course of the meeting, its participants discussed the situation concerning the spread of the coronavirus infection and the influence of this factor of the religious sphere.

Metropolitan Hilarion shared his account about the service of the Russian Orthodox Church, the church rebirth in the last decades and the historical memory of the victims of terror in the Soviet Russia. The DECR head also informed his guest about the interreligious dialogue in Russia and the situation of religious communities in Russian society.

At the ambassador’s request, the hierarch spoke about interaction between the Russian Orthodox Church and the Church of England, meetings on the level of the heads of the two Churches, and students programs.

They discussed pressing problems of the environmental protection including with the participation of religious leaders and the threat of extremism on religious grounds.

In conclusion of the meeting, Metropolitan Hilarion expressed a hope for further constructive cooperation between the Department for External Church Relations and the British embassy in Russia.

The sides exchanged tokens of the meeting. 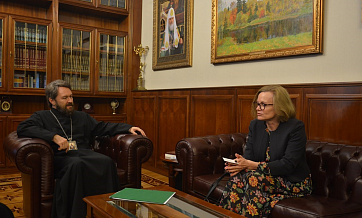 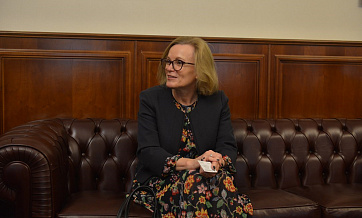 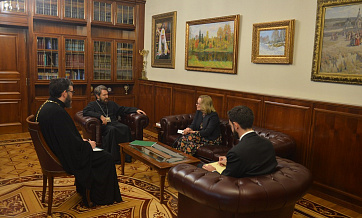