Metropolitan Hilarion of Volokolamsk meets with Russia’s Ambassador to Egypt

Metropolitan Hilarion of Volokolamsk meets with Russia’s Ambassador to Egypt 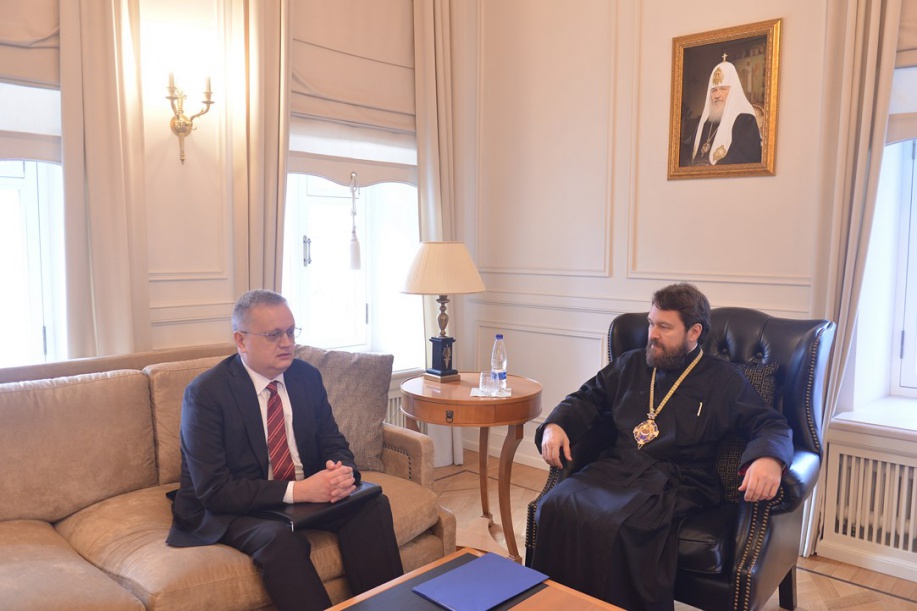 On 20th February 2020, at the Ss. Cyril and Methodius Theological Institute of Postgraduate Studies, Metropolitan Hilarion of Volokolamsk, chairman of the Moscow Patriarchate’s Department for External Church Relations, met with H.E. Mr. Georgy Borisenko, newly appointed Ambassador of Russia to Egypt.
They were joined at the meeting by Archpriest Sergy Zvonarev, DECR secretary for far abroad countries, and Mr. Sergei Monakhov, staff member of the DECR Secretariat for Inter-Orthodox Relations.

Metropolitan Hilarion warmly greeted the high-ranking Russian diplomat and told him about the current state of inter-Orthodox relations, as well as about the cooperation between the Moscow Patriarchate and the Coptic Church. The participants in the meeting also discussed various issues of mutual interest.

To conclude the meeting, the DECR chairman wished Mr. Borisenko every success at his new post and presented him with a memorable gift. 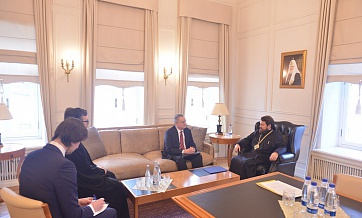 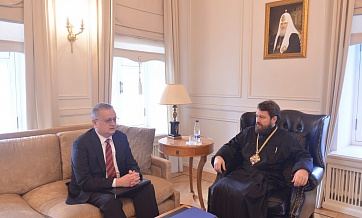 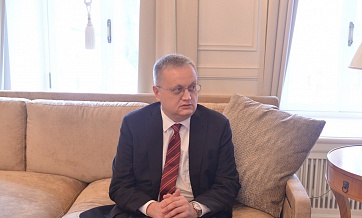 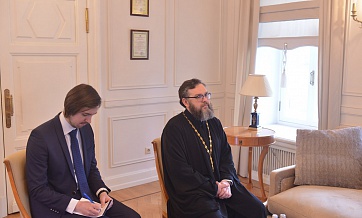