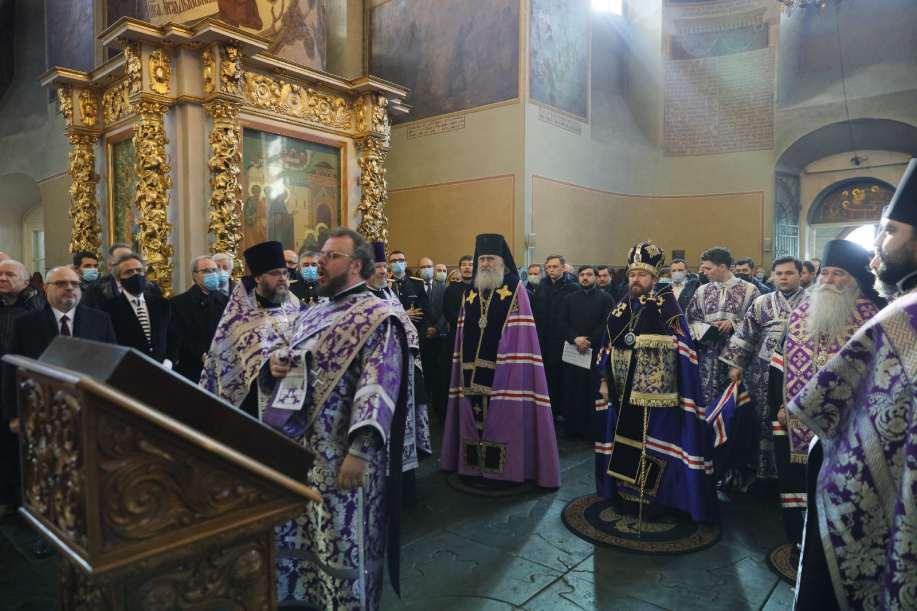 On March 25, 2021, a solemn prayers service was held at the Donskoy Stauropegial Monastery in Moscow and the Office for the Dead was said for the fighters of 1821-1823 Greek liberation movement - the Greeks who found their last earthly refuge in the old Moscow monastery.

With a blessing of His Holiness Patriarch Kirill of Moscow and All Russia, the service was led by the head of the Moscow Patriarchate’s department for external church relations, Metropolitan Hilarion of Volokolamsk, who was assisted by Archbishop Feognost of Kashira, head of the Synodal department for monastery and monastics, DECR vice-chairman Archpriest Nikolay Balashov; DECR secretary for inter-Orthodox relations Archpriest Igor Yakimchuk, DECR secretary for the affairs of the far-abroad Archpriest Sergiy Zvonarev.

Present at the service timed to the 200th anniversary of the beginning of the Greek liberation movement were Extraordinary and Plenipotentiary Ambassador of the Hellenic Republic Ms Ekaterini Nassika, Greek diplomats, representatives of the Moscow Greek Society, the AGAPI association of Greek women and other Greek pubic organizations, Greek diaspora and numerous philhellenes, as well Chairman of the State Duma committee for public associations and religious organizations and president of the Inter-Parliamentary Assembly of Orthodoxy S. A. Gavrilov and general director of the Institute of Russian Athos Valery PIrigov.

After the solemn service, the DECR chairman read out a congratulatory message from His Holiness Kirill, Patriarch of Moscow and All Russia, on the 200th anniversary of the beginning of the liberation struggle of the Greek people.

After that, the congregation was addressed by the Extraordinary and Penitentiary Ambassador of the Hellenic Republic. Having expressed warm gratitude to all the present, Ms Ekaterini Nassika noted, in particular, that Russia’ Hellenism played an important role in preparing, conducting and successfully accomplishing the Greek revolution.

‘For me as a representative of Greece, it is a great honour to express gratitude to Russia and the Russian people, since for centuries Russia and the Russian people created favorable conditions for many generations of our compatriots so that they could have an opportunity to live in well-being and to give, on their turn, very much to their second Motherland in all areas: politics, art, economy and trade, education and charity. A few days ago in Taganrog, I, once again with great trepidation, could see what an historic trace has been left by the Greeks of Russia and could feel the lasting friendship uniting our two nations’, the head of the Greek diplomatic mission said.

Then Metropolitan Hilarion of Volokolamsk said the Office of the Dead at the burial place of the Greeks lying in rest at the necropolis of the Donskoy Monastery.

Prayers were lifted up for the repose of the souls of Metropolitan Anthimos of Ersekia, Metropolitan Parthenios of Paleopatropas, and other representatives of the Greek pubic and Greek culture, as well as fighters of the 1821-1823 Greek liberations movement.

After the service, Metropolitan Hilarion had a talk with the Extraordinary and Plenipotentiary Ambassador of the Hellenic Republic. 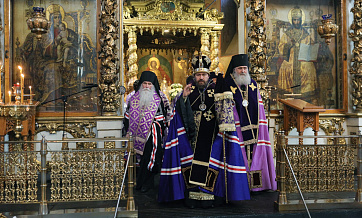 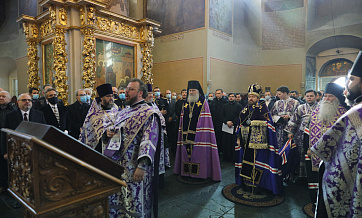 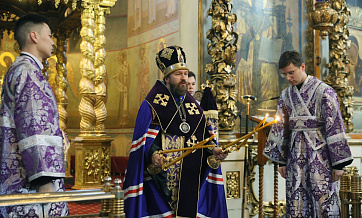 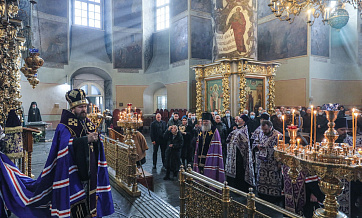 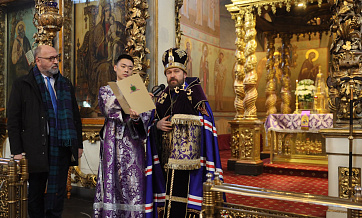 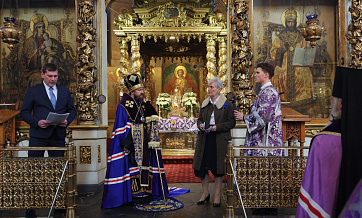 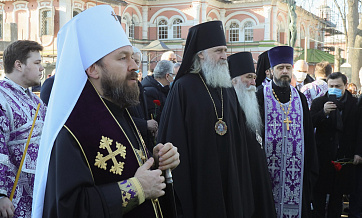 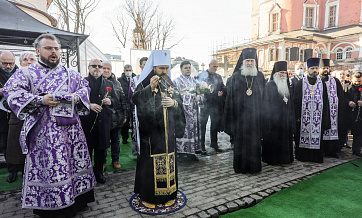 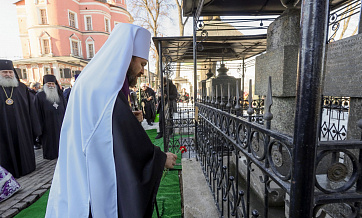 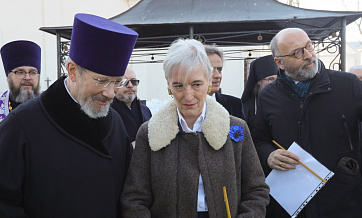 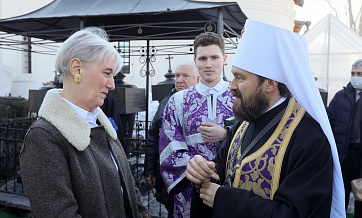