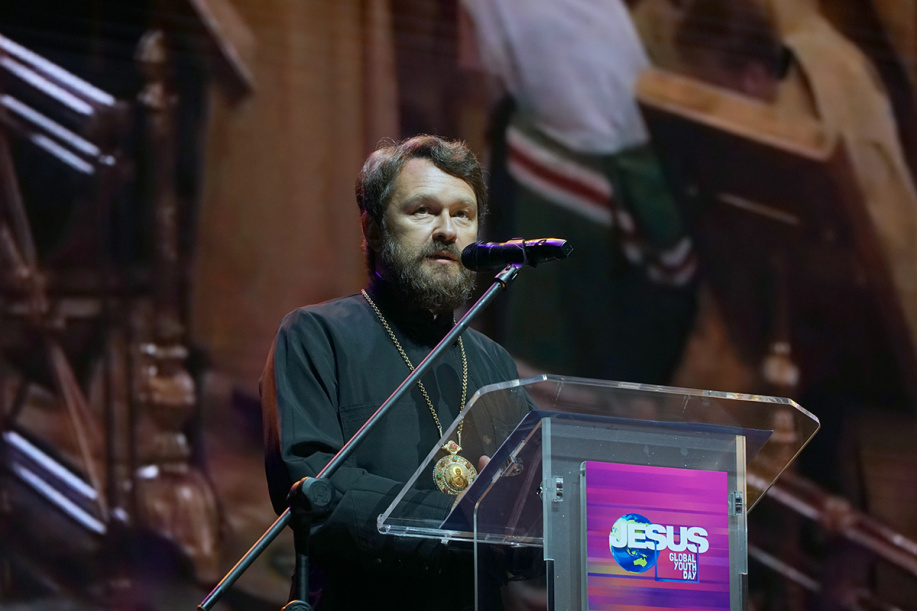 On 8th – 10th August 2019, the Jesus Global Youth Day took place at the Mall of Asia Arena in the city of Manila, the Philippines, bringing together over thirty thousand participants from more than 100 countries.
With the blessing of His Holiness Patriarch Kirill of Moscow and All Russia, Metropolitan Hilarion of Volokolamsk, chairman of the Moscow Patriarchate’s Department for External Church Relations, attended the forum.

On 9th August, Metropolitan Hilarion addressed the audience of 30 thousand young people, speaking about the importance of the personality of the Lord Jesus Christ in the life of a Christian. The DECR chairman also told the young people from various continents who gathered together in Manila about the Orthodox faith, the Russian Orthodox Church and its history in the 20th century, making a special emphasis on the revival of church life in the recent thirty years.

“Such upturn in religious life in the territory of the former atheistic empire cannot be caused by natural or socio-political factors alone, but clearly is of supernatural character. This revival does not spring from our human efforts. Its main reason is the personality of our Lord Jesus Christ – God Incarnate and Saviour of the world,” the DECR chairman said.

On behalf of the organizers of the Jesus Global Youth Day American Pastor Ron Luce warmly greeted the guests from the Russian Orthodox Church, noting that for the majority of those present Metropolitan Hilarion’s address was the first face-to-face encounter with an Orthodox pastor.